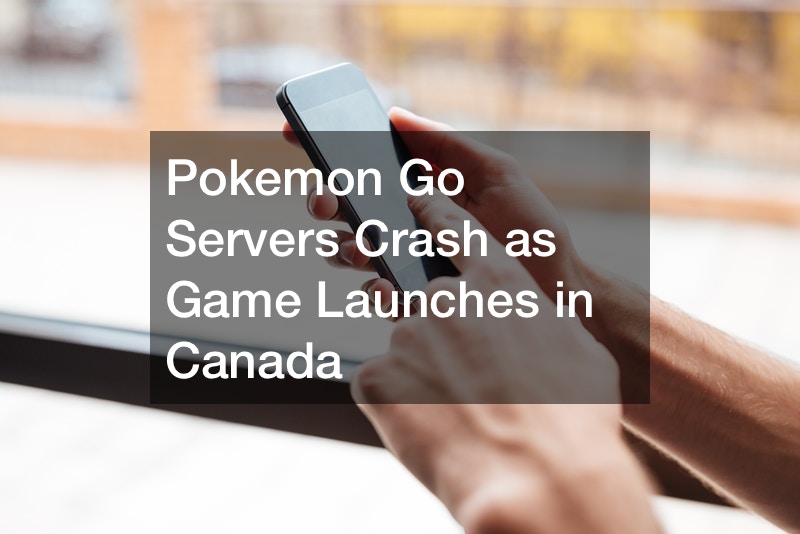 Did you know that Minecraft server hosting is a growing industry where many providers offer their services? However, not all of these providers are reputable and affordable. It is crucial to find a server service that fits your needs. How to get a Minecraft java server- it can be difficult to find a reliable server provider on the internet without going through lots of feedback and reviews. This is where it’s recommendable to use a Minecraft java server hosting service like a minecraft-hosting-server, for your needs.

Pokemon Go launched in Canada last weekend, but unfortunately, the rollout was anything but smooth.

Servers crashed as hopeful Canadian players struggled to register their accounts. Though it is likely that the game’s systems were simply overloaded by the influx of players, one organization of hackers is taking responsibility for the outages.

OurMine identifies as an “elite hacker group” that performs vulnerability assessments for businesses — or rather, they hack a company’s system to discover flaws and then recommend how to fix those weaknesses. An OurMine spokesperson told Fortune that they do not charge for this “service.”

Before the system malfunction on Sunday that rendered the app inaccessible to users, OurMine made a statement, threatening to block the app until the proprietors (Niantic Labs and Nintendo’s Pokemon Company) reach out to the hackers for security assistance. They demanded that the app’s creators allow OurMine “to teach them how to protect it!”

Neither Niantic nor the Pokemon Company has taken OurMine up on their offer of a security lesson. Yet, the attack on the game’s servers ceased Monday morning, finally allowing Canadian gamers to enjoy the app that has become a viral sensation. When asked if they will resume the attack, the OurMine spokesperson said, “We don’t know, but I think no.”

This kind of attack, known as a distributed denial-of-service (DDoS) attack, occurs when hackers commandeer computer networks to flood the target’s servers with requests for connection, eventually causing the servers to freeze.

This wasn’t the first time the app’s servers crashed. Just the day before the Canadian outage, Pokemon Go experienced malfunctions as it launched in 26 countries worldwide. Another hacker group called PoodleCorp took credit for this first outage, but no one has been able to verify this claim.

Whether hackers were involved or not, we already know that the worldwide Pokemon Go obsession has led to the system’s instability as server capacity issues worsen. The app continues to freeze for many users, causing severe frustration. After all, studies show that 40% of people abandon a web page if it takes more than three seconds to load. Similarly, one might give up on even the hottest new mobile game if it presents too many lags and glitches.

Knowing the popularity of such large scale games, it has become the norm to expect some kind of large scale server crash. Games like Fortnite and Minecraft, which share large open worlds with millions of users, can experience slowdowns and outages that frustrate the users. In recent years there has been a move for private minecraft server hosting for those serious players who want to maintain the integrity of their world.